It’s been just about a year since I made this into a bit of a review/book blog, and so far I may be making a few adjustments here or there, but mostly it is going as I planned, with a review on all weeks, with a few exceptions!

I don’t have a lot of writing updates, because I never write much during the month that’s NaNoWriMo for others, or at least I never have yet since I learned about NaNoWriMo. I would not know if I had or had not before I learned about it, because I’m very relaxed and casual about tracking how much I write (that is: I basically don’t do it).

But I have read a whole lot lately, and I’ve done a pretty good job enjoying what I’m reading. Reviews will come sometime, but as I write this, my current reads are The Blood of a Dragon by Jack Adkins and Followed by Fire by McKenzie Austin. By the time you read these words, I will probably be finished with at least one of them! But give me some time to share thoughts, since while I read quickly, I take a while to think about what I read.

Okay. While there are not much in the way of publishing updates either, though I do intend to get Gryphon’s Escape out there soon, I do have several promotions and books to showcase this month!

First up, is mine. My omnibus edition, Return of the Dragonriders, will be on sale for $2.99 USD for the rest of December (that’s the equivalent of $99c a book, basically). Just so you know, it might make a great gift for any Dragonriders or dragon-lovers in your family. There’s a paperback, too, if you want to spend the money on it (unfortunately, printing is much pricier than I want), and both editions are illustrated, so you don’t have to worry about missing the illustrations if you get the ebook, though I admit, I think the way I wove some of them in the text and margins of the paperback is prettier!

Return of the Dragonriders

In a world where dragons are hated and feared, a devout village-girl’s life is changed forever when she meets the dragon hatchling, Minth.

The dragons are extinct. None have been seen in a lifetime, and it is all to the good of the world that the soul-devouring demons are no more.

In a small village in the foothills, a devout girl named Silmavalien and her agnostic fiance, Noren, find two mysterious objects. When an albino dragon hatches in her room and Silmavalien’s soul is bonded to the dragon’s in a song of fire, her world is changed forever. Everything she has been taught is a lie, and everyone she knows is to be feared. Before she can marry Noren, she flees into the wilderness, where the challenge of winter in the mountains almost proves her and Minth’s end.

Noren fears for Silmavalien’s disappearance. When his object hatches the dragon Elninya, just outside the gates of the Oracle’s city, Noren finds his answers, but questions why Silmavalien would not trust him. He half-heartedly tries to find her, while struggling to hide his identity and his growing dragon in kingdoms where to be discovered is to be burned alive. But his fear could turn him into the monster he fears.

No matter how far they run, neither Silmavalien nor Noren can escape the Nightmare that seeks to devour their souls and slay their dragons. But if they accept it, the Gift of the Volcano, born in fire and darkness, will be enough to win their battle.

A perfect gift for the Dragonrider in your family. Currently on sale for $2.99 to get the whole trilogy.

Get Return of the Dragonriders now!

Also in the book news:

By Laura Brewer and Roland Brewer. Winds of Chaos is to be published on December 7th and the ebook is currently on a preorder discount. Also, keep an eye for my upcoming interview with Laura on the 15th! 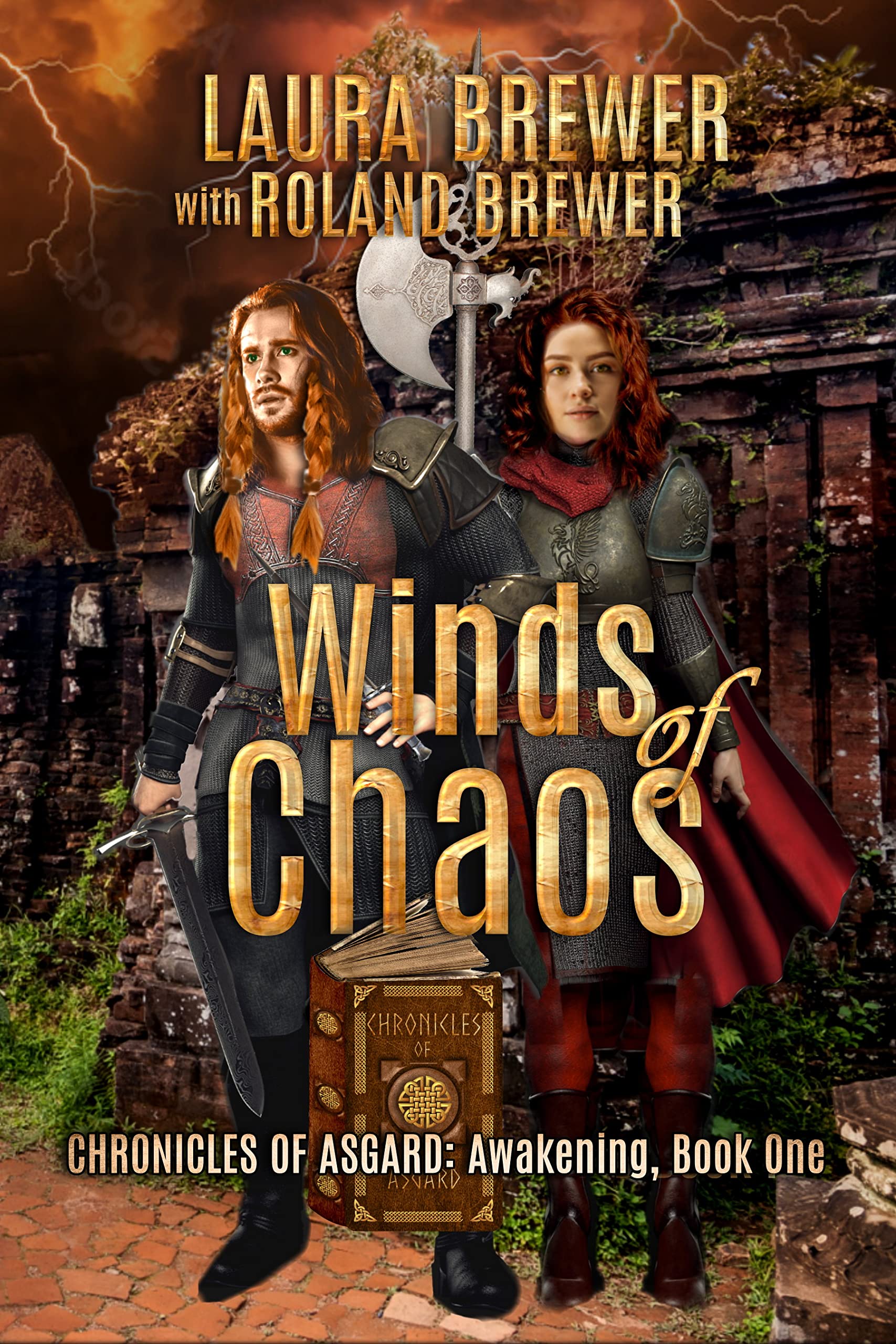 Welcome to the training grounds of the Armies of Heaven

Born on a world full of dangerous creatures and agents of darkness, Alvinar and Rowan are rigorously trained to hunt and fight all manner of things to survive. Asked to lead a new settlement, far from aid, they throw themselves into the business of exploring and securing the area. Freya and Thor warn them trouble is on the horizon.

When scouts find the remains of an ancient city, they go to explore; concerned at the presence of strange magic that feels – different. Several of the gods from Asgard come to investigate. An attempted invasion by portal stirs the strange magic in defense, but also destabilizes that magic and ripples are felt even in Asgard.

Alvinar is changed by it and Freya takes him to Asgard. When a magical explosion in the ruins spreads chaos, even in Asgard, the very core of Rowan and Alvinar’s perception of who they are will be tried in its fire.

Can they keep to the path of Light when Darkness seeks to sear their very souls?

Winds of Chaos on Goodreads.

Swords of the Martyred 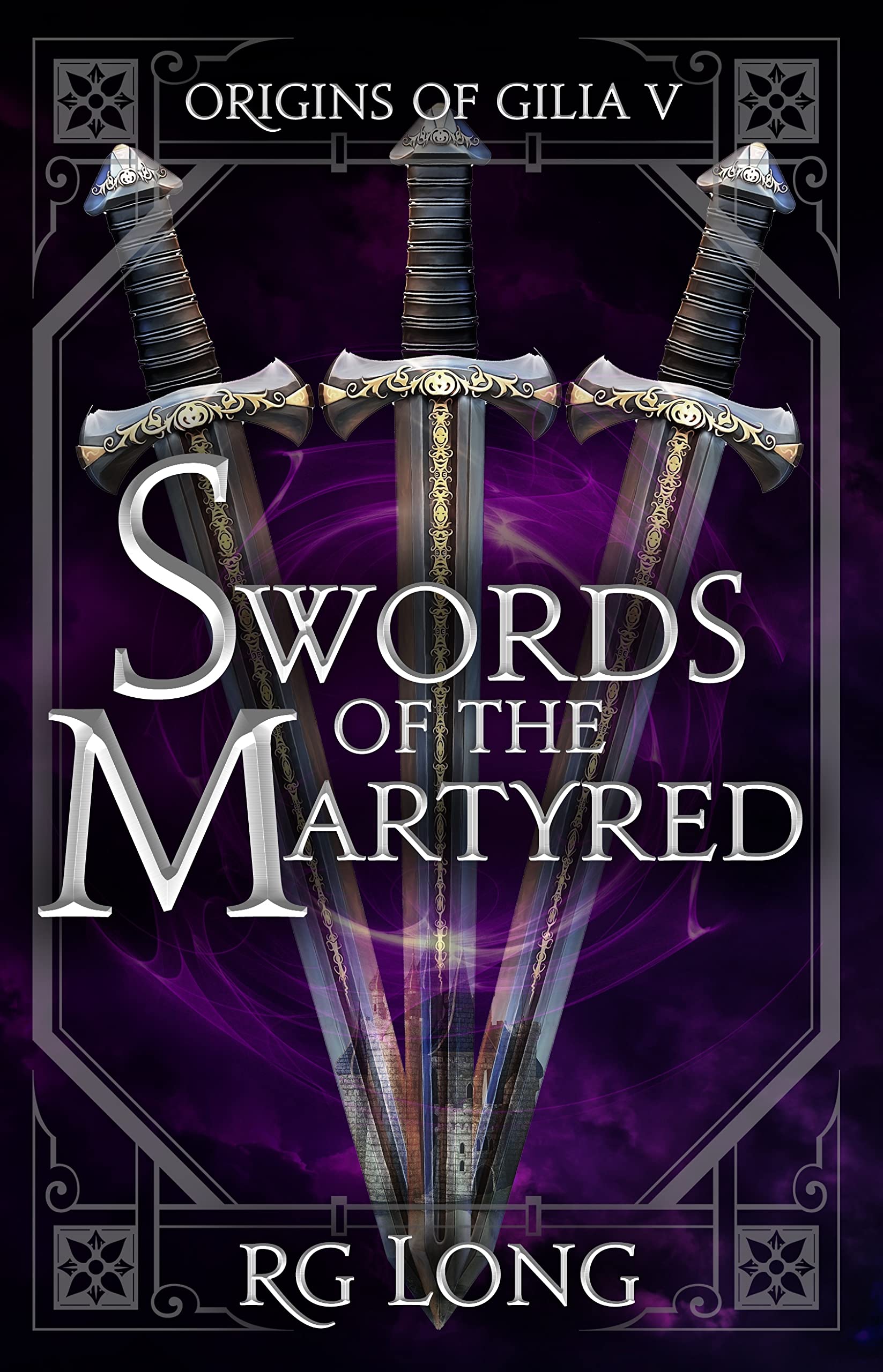 After completing the Test of the Temples, Kyne and Eileen are allowed to travel through Shaul unimpeded.

Unfortunately, what they find doesn’t make their search for the cause of the plague any easier.

A city ruled by a college of bards and poets, a governor whose absence has begun to be noticed, and the shadowy influence of the Sisters of the Salve show the companions that danger lurks around every corner.

Will the growing party find the answers they are looking for in the city of Black Dog?

And even if they do, will what they discover lead them any closer to discovering the source of the plague and its growing threat to the entire island of Karn?

Find out when you purchase “Swords of the Martyred” today!

Get Swords of the Martyred Here