Here is another character portrait (made with Artbreeder). From now (February 8, actually), until January 22, every Saturday will be a post of some art related to my up-coming release, Sorceress of the Dryads, 2nd in the Legend of the Singer Duology. This time, we feature Eldazìn, the Elf Edge of Night who is first introduced in Sorceress of the Dryads. The very first chapter, actually.

END_OF_DOCUMENT_TOKEN_TO_BE_REPLACED 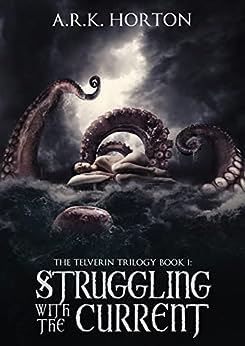 Rating: Intriguing, Distant (Are you all used to my ratings?) END_OF_DOCUMENT_TOKEN_TO_BE_REPLACED

This poem appears in Sorceress of the Dryads in English. Firstly, I will show the pictures of the song written in Elethrian (in one of two methods for writing that language), with the English translation below each stanza. Below that, there is an attempt to represent the Elethrian in the same characters used in English.

END_OF_DOCUMENT_TOKEN_TO_BE_REPLACED 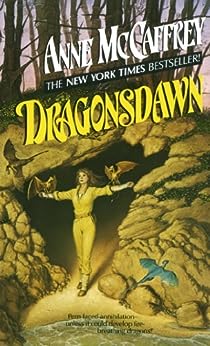 Series: The Dragonriders of Pern

The beautiful planet Pern seemed a paradise to its new colonists – until unimaginable terror turned it into hell. Suddenly deadly spores were falling like silver threads from the sky, devouring everything – and everyone – in their path. It began to look as if the colony, cut off from Earth and lacking the resources to combat the menace, was doomed.

Then some of the colonists noticed that the small, dragonlike lizards that inhabited their new world were joined the fight against Thread, breathing fire on it and teleporting to safety. If only, they thought, the dragonets were big enough for a human to ride and intelligent enough to work as a team with a rider…

And so they set their most talented geneticist to create the creatures Pern so desperately needed – Dragons!

Rating: Fascinating, Immersive (by now, a lot of you are probably familiar with my unique take on ‘rating’!) END_OF_DOCUMENT_TOKEN_TO_BE_REPLACED

I am furious right now.

One of the “vocations” in the Roman Catholic Church (which is neither Catholic nor Church, and I cannot make a conclusive statement about the matter of whether it is Roman) is that of Consecrated Virginity. That does not bother me. It bothers a lot of people, and I can see why it bothers some of them, since the Roman Catholic Church also teaches that virginity is a superior state of life to marriage and there is something dirty about sexual pleasure. I know some Roman Catholics will quibble on that one, but that’s really what those laws about not having sex for pleasure and being very careful to make sure that one’s sex always allows the possibility of conception (assuming both partners are fertile) comes out to, and coupled with a teaching in St. Augustine’s writings that original sin is passed on through sexual pleasure it just leaves a very bad taste. Yes, I know that’s not dogma, but it’s bad enough it’s there at all and not openly repudiated. END_OF_DOCUMENT_TOKEN_TO_BE_REPLACED

Read on for some updates and what to expect. But first I want to show you the COVER!! I’ve been waiting so long!

Sorceress of the Dryads is the second novel in the Legend of the Singer Duology set on the fantasy planet, Areaer.

The magic of the dryads does not come at a price, but it binds the Singer to the Pact of the forests. To keep her nature or be corrupted.

When the corrupted elven prince, Anakrim, takes the throne in the aftermath of the deaths of King Orenduil and Queen Alaria and promises the elven people the return of their long-lost magic, the forests of Elethri begin to languish…

The dryads and Tara-lin must join their magic as never before to end his menace in a way consistent with their natures and the healing of the forests. In the midst of the upheaval, Tara-lin finds herself in a position of influence she never wanted. With the help of the dryads, she must find and stay true to her song and try to lead the elves to discover and nurture their individual magic.

If you want to find out more about the series, you can go here, where I explain a little of how I came to write it and some aesthetics for the settings! If you just want to preorder, you can here.

But that is not all! From now until the release date on February 22nd, I plan to post a new piece of art, along with an excerpt and some explanation, every Saturday. More information, and links to each post as it goes live, will be added here, so bookmark this page to come back to every week if you’re at all interested!

I am also still working on the final edits with my editor. I cannot be sure of the exact date I will be done with those, but when I do, I will upload the content and the novel should become available for preorder at all retailers. I will announce when that happens here and make an update post about it, as well. The paperback is also as yet unavailable, for various reasons, including that I am very short on funds. When I can, I will make that available and let you all know!

Here’s the lineup for the next five weeks. As each post goes live, it will become an active link.

January 15: “Golden on the Wings of Eternity” written in Elethrian and Elethrian characters.

The age of Fire begins in six days.

For fifteen hundred years, Slate and the other rebels have trained students to return Fire’s energy to the city of Wen. All have failed. Only one is left, and Nokhum’s past is less than ideal. If he cannot convince the Council of Elders to allow Fire magic to return, chaos will claim the city. The rebels are determined to avoid that end- even if it means sacrificing his student to chaos’s demons to make the Council believe Fire’s energy is necessary.

Nokhum is convinced that his life-mate is still alive- no matter what everyone else says. Human slavers who salivate for magical beings have taken her. Realizing the Council of Elders will not help him, he seeks forbidden magics to find her. His plans are derailed when Slate sends him out of the city for training. Will his time in the Whisperwood be his undoing?

Paths of Fantasy is fiction reviews, possibly some author spotlights and interviews, character and world art, writing updates, and book tags, and maybe a few more things that are more or less of that sort. Most of what this post shares is going to fall more or less under this category.

This is the first day of the New Year, not that I care much about things like that, but I thought it would be a good time to show you my favourite fantasy book covers of the last year, even though I don’t buy books based off their covers! Well, these are m five favourite covers of the books I’ve read, and you should see reviews for all of them coming up on Paths of Fantasy this coming year, though it might take a couple months to get to every one. END_OF_DOCUMENT_TOKEN_TO_BE_REPLACED