I’m doing a series of spotlights for the authors who entered their books in the 8th Self-Published Fantasy Blog-Off (SPFBO). All of them entered book they are proud of and all of them merit attention, no matter when they (we) are cut. Today, I have Melissa Stone with her SPFBO entree, Stars of Destiny, which is a pretty sparkly title. It also looks like it is some sort of Urban Fantasy. 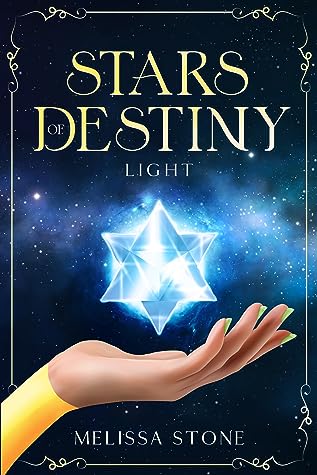 Dionne Archer is a regular high school girl. For her sixteenth birthday, though, she was gifted a strange mirror and a family secret that would change her life. Faced with new magical powers, Dionne must now team up with others like her to fight the organization known as the Lords of Chaos and keep them from achieving their goals.

All while dealing with homework.

As if being a teenager wasn’t hard enough already.

Now, onto the Questions!

Like a lot of prospective authors, I spent years querying a wide assortment of literary agents and publishing houses. For the most part I either heard nothing or received a form letter rejection. The last straw for me was almost getting sucked in by a vanity publisher. That was the day I stopped and when full tilt with self-publishing. I haven’t looked back since.

I’m glad you escaped the vanity publisher AND that was the spark to move you into self-publishing!

It can be stressful, yes, but it’s also exciting. Not only are there so many books and authors out there that I’d never heard of before this contest, but no one had really heard of my books either. I’ve enjoyed talking to other indie authors over the past couple years. It’s the kind of contest I don’t feel bad about losing. Each judge has their own taste and that’s fine. So what if a judge doesn’t vibe with my book? Not everyone will.

The most stressful part is submission day. With only 300 spots, I get stressed out about potentially not making the cut. I’ve gotten lucky two years running.

That was the most stressful part for me too! I feel the same way you do about the judges 😀

I get asked this a bunch, but I honestly can’t remember how or why Stars of Destiny got its title. I’m sure I had a valid reason for it, but I’m blanking on it.

That’s interesting! I don’t see questions about titles in spotlights/interviews very often, and that was part of what inspired me to ask it!

This snippet is from chapter 10. It was fun to write.

The fox woman ran her long tongue over her teeth. Without saying another word, she held up her hands. Long, wickedly curved claws extended from her fingertips.

The fox woman stopped coming towards them and frowned. “How could you…?” Her eyes narrowed. “You are sehashi. No one else could know of us.”
Hana folded her arms across her chest. “You can run away now.”

She laughed. “Run? Why would Vulpina run when she can take out two of the sehashi responsible for our recent troubles?”

“Looks like we have to fight her,” Dionne sighed.

“At least that’ll keep us warm,” Hana moaned, grasping her pendant in one hand. As Vulpina already knew she was a sehashi, she saw no harm in changing right there. As the purple light faded, she saw Dionne grab her pendant and change.

Vulpina bared her teeth at them, her tail lashing. She spat on the ground. “How you two could defeat Tigron and Slither Vulpina doesn’t know, but this will be the end of you. Vulpina is the strongest.”

Within each living being is a spark of light. Some races of people call this spark different things. Essence. Soul. Spirit. Psyche. Energy. Anima. Ego. Pith. Pneuma. Whatever the word it was called by, it was the same thing. Without this light, no life could exist. Opinions differ on where this spark of light comes from. Some say it was the gift of their gods. Some say it evolved spontaneously.

Thank you for sharing all of that with us!

Melissa Stone grew up on a wide variety of Air Force bases with very little television, no internet, and a lot of books to read. She’s the creator of Azure Dragon Press where she writes and publishes a variety of fantasy novels. When she’s not writing, she works at her local library. She enjoys video games and a variety of handicrafts.

She currently lives in Saskatchewan with her husband, kids, and their assorted animals.

You can find Melissa

And you can get Stars of Destiny: Light from Amazon here or check it out on Goodreads.