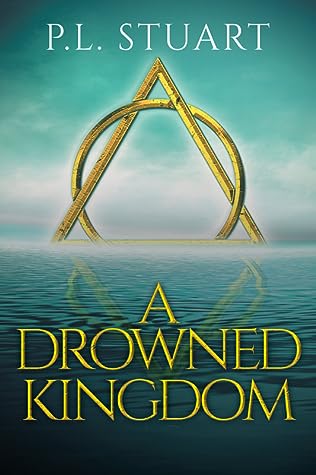 Once Second Prince of the mightiest kingdom in the known world, Othrun now leads the last survivors of his exiled people into an uncertain future far across the Shimmering Sea from their ancestral home, now lost beneath the waves. With his Single God binding his knights to chivalric oaths, intent on wiping out idolatry and pagan worship, they will have to carve out a new kingdom on this mysterious continent – a continent that has for centuries been ravaged by warlords competing for supremacy and mages channeling the mystic powers of the elements – and unite the continent under a godly rule.

With a trouble past, a cursed sword, and a mysterious spirit guiding him, Othrun means to be that rule, and conquer all. But with kingdoms fated on the edge of spears, alliances and pagan magic, betray, doubt, and dangers await him at every turn. Othrun will be forced to confront the truths of all he believes in on his journey to become a king, and a legend.

When one kingdom drowns, a new one must rise in its place. So begins the saga of that kingdom, and the man who would rule it all.

A Drowned Kingdom is written from the perspective of Othrun, an insufferably arrogant person, though it’s not a surprise that Othrun turned out so insufferably arrogant, given his background and how he was raised. Nonetheless, it’s absurd. He’s not typically selfish. He will risk his life and all that he owns for his religion, his god, and his people. But he is so entitled, he takes his superiority and his right to be served for granted in such an irritating way, as if he is not even aware of it. He is so superior and dismissive and hostile towards other peoples and their religions, and he is just so proud of himself.

His perception of other people is as shallow and one-dimensional (for the most part) as he himself is complicated. As a result, there is a degree to which the other characters feel shallow, since the perspective is entirely Othrun’s, as if he is telling the tale to the reader. Or writing it for the reader to read, perhaps, but it is not just a narration of the story and events, it is an in-depth dive into Othrun’s thoughts and feelings, his perspectives and conclusions, and one gets a sense of how he thinks. However, I got the impression that the other people are as real as Othrun, and probably a lot more complicated in their intentions and motivations than Othrun thinks they are.

The novel starts with a prologue that I think does a great job of introducing us to Othrun’s self-perception and his voice, which is quite distinctive (in my opinion). From there, the story flashes back to Othrun’s thoughts about long ago and other things and to a narrative beginning when he and his older brother, Erthal, were sent to the pagans, ostensibly to bring peace, and returned with a pagan bride for Erthal, the events Othrun believes to have led to the downfall of Atalantyx, as the Single God judged his people for turning into pagans.

I found the narrative easy to follow for the most part, however there is a great deal of description of places and things, which I often skimmed to an extent. The one place where it really lost my attention was in a chapter narrating a lot of history of Atalantyx. There’s a lot of times when Othrun thinks back to and recalls things, whether in his past, or in the past of his nation before he was born, and most of the time I did not mind it. Most of the time I don’t mind info-dumping. However, there were pages and pages of history a lot of which I did not see how it had any relevance or import to the story, but that felt more like a meaningless history lecture to me. Otherwise, I did not mind.

A Drowned Kingdom is very much a first in the series book. It’s intriguing, interesting, and complex, and it caught a fair amount of my interest: how will Othrun develop in the long run? What is the author going for, with the pagan magic and the Single God and the Anchali’s claims about and promises to Othrun? What about the relationship of the mage to Othrun? This looks like a book that is not aiming to be so much entertainment as an exploration of character and many other issues, something that interests me in a book (though I typically prefer fantasy that is less directly correlated with this world). However, A Drowned Kingdom offers no resolution, hardly even a hint what direction that paths will take.

If a long series like that interests you, this book might be interesting. I, personally, am quite interested in the directions the author takes with this story and how it develops, but I don’t think I can put up with Othrun for six more books of this size (and I think P.L. Stuart said he is aiming for a seven book series). I didn’t mind Othrun for one book, and I might be able handle two or three, but I think I’d get seriously sick of Othrun long before I get to all seven. The series might be worth my time and I might regret not delving into it, but there are so many books out there to read, and only so many resources I have to read them with. Maybe I’ll read the last book when it comes out, and then decide whether to read more of them. (These intentions are subject to change.)

Due to the fact that A Drowned Kingdom is more the beginning of a series than the first book in a series, I don’t feel a need to write an expanded review for it. That content that tells me, at any rate, whether something is something I’ll love or hate, and almost certainly find intriguing, is mostly absent in the book, though the series promises to be rich with it in the long run.