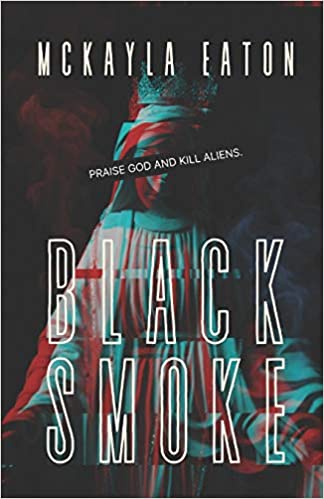 EVERY SAINT HAS A PAST AND EVERY SINNER HAS A FUTURE—EXCEPT MAYBE THE CREW ON BOARD THE ST. LAURENTIA

Earth is divided between the allure of a spiritual resurgence and the out-of-this-world high of an alien drug. When the spaceship carrying Celestine the VI, the new Pope, is commandeered by a drug lord, he finds himself facing possibly the shortest papacy in history.

Isi Hudson, a young nun on board the ship, is hoping the new planet ahead of her will bring more promise than the one she’s leaving behind, but the mutiny has her facing things about herself she was sure she’d managed to leave behind on Earth.

Being a Knights Hospitaller, life and death situations are nothing new for Srgt. Edmund Hope, but when he’s woken early from cryogenic sleep he expects to be punished for war crimes not tasked with saving the very man destined to excommunicate him. He has to decide quickly whether to save the Pope or join in the mutiny.

I don’t usually post reviews here (though this isn’t the first, and will probably not be the last) but I really enjoyed Black Smoke by Mckayla Eaton, much more than I expected to since this is Space Opera, and I don’t really like science fiction, so I’m finally getting around to giving her that review I’ve been meaning to for ages!

Obviously, my review doesn’t reflect on the genre elements. I didn’t enjoy them, but that’s no reflection, negative or positive, on Mckayla’s writing for those who do like Space Opera. However, I really enjoyed the characters and the background for them. They’re all compelling and feel like real individuals, and I really connected with them, to a degree I don’t find that often in novels and which makes me willing to overlook the fact this isn’t my favorite genre and give her my relatively rare FIVE STARS!

Natan, the new pope, Celestive the VI, is a young man – a missionary to aliens, with insights and goals and intentions informed by his youth and time spent teaching aliens on Mar’s moon, Deimos. I really enjoyed seeing a young person in that role, and seeing how the author brings out that his unusual background may be a blessing, his youth and experience in the world lending him a wisdom others may not have – but it’s also a threat to some people who really thrive off the war against the aliens and the drug trade it engenders, and try to do him in. I love how Natan responds to his trials, how his personality comes through in a very real way with his various thoughts and struggles with his faith, throughout the story. I really connected to him and was rooting for him.

Isi Hudson, a nun from earth, has had her life corrupted by the drug from Siddim, and has sworn a vow of silence. I love her character, her sweetness, and the way she’s regained her innocence. I also love how her ethics and morality transcend rules and rule-keeping without disregarding them. There’s a passage about her looking out the space-ship at the stars that I found really touching. There’s also a touching scene where Natan, the pope, confesses to her, thinking he’s soon to die (for those of you who aren’t familiar with Catholicism, he basically confesses to her, seeing her in the place of Jesus, the way Catholics do with priests in their Sacrament of Penance).

I related to Edmund Hope, too. He’s on this alien planet and defying the rules to make a little extra off selling the contraband alien technology, but he has some morals about how he does it. Of course, he gets caught, and ends up on the same ship with Natan and Isi and the people who want to do Celestine VI in. I won’t tell you their names, since I think that may be a little bit of a spoiler.

Additionally, I found myself feeling for the aliens from Siddim and wanting the earth-people to leave them alone. One finds out they’ve only ever used their pretty astounding technology (some of which the humans have stolen, and more of which the humans haven’t yet figured out how to steal) to defend themselves and their planet. Instead of one group of humans harvesting their drug, and the other group sowing their fields with salt, I want them to just be left alone. HANDS OFF SIDDIM! 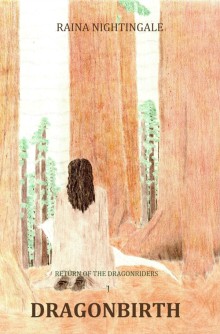