Hello! This lovely mid September day, I present you with Audrey Simmons, a writer (and digital artist – she makes lovely maps, by the way!) I met on Twitter some day ago, who published her debut novel and SPFBO 8 entree, Child of the Moon, earlier this same year! 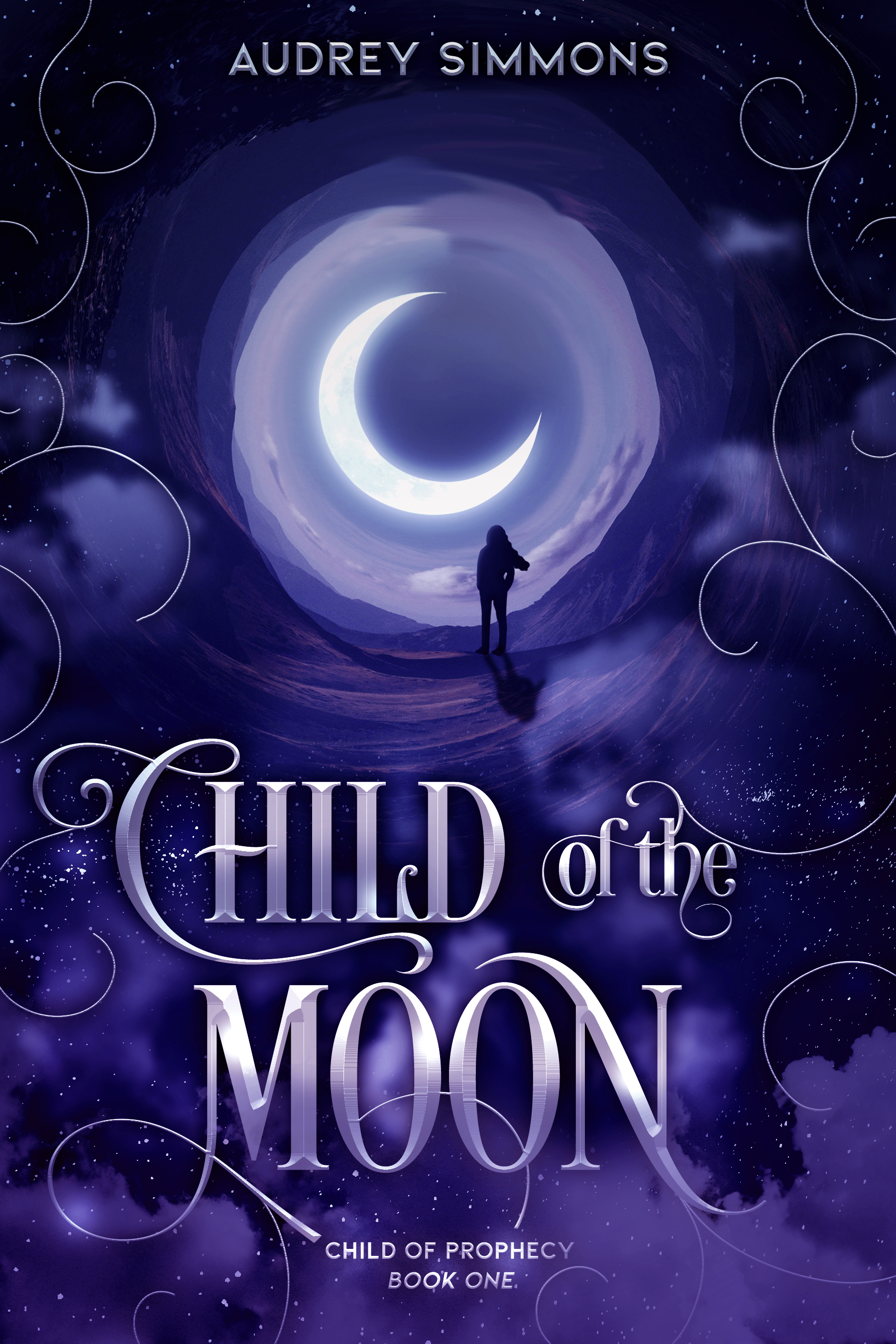 At her birth, Neoma was dubbed the Child of Prophecy by the Order of the Moon. A title with great and terrible ties to it. One that should grant her magic enough to take on the vengeful god, Aurinko and His army. One the people of Manena put all their hopes into.

When her lack of magical aptitude becomes abundantly clear, Neoma resents being in the mage classes. As her 18th birthday approaches she learns that the Sisters will force her to go through the Anointing Ceremony in order to join the Sisterhood in the Order of the Moon. Will the Moon Mother forsake her in front of her fellow graduates? Or will Her blessing cause a series of events that might just break Neoma?

One thing is for certain: war is on the horizon and the Child of Prophecy is far from ready to face the might of Aurinko.

And now, with that rather intriguing and different set up …

I’ve wanted to be a published author since I was a young. Of course, back then it was as a traditionally published author not self-published because it wasn’t really a thing. It got easier with the advent of web2.0 but the industry was also rife with vanity publishers and so I didn’t even entertain the idea. It wasn’t until this past decade when I made a friend who made her debut in the self-published world that I started to consider it. I got to see how it works through her experience. The benefits (I have complete control and don’t have to feel the sting of rejection after rejection) outweighed the cons (everything costs so much money or I have to do it myself). My anxiety made it an easy choice.

I also found it to be an easy choice! I could never bear the thought of what a traditional publisher might want to do to MY ART.

A couple friends entered for the first time a few years back and it seemed really cool and great publicity. I’ve wanted to enter ever since but never had a book out until now. It’s been great meeting new people and adding more books to my ever growing TBR pile. I will say though that the longer I go without a review (or even a footnote saying I’ve been cut) the more anxious I get. I just want to know, you know? Whatever the outcome, I’ll definitely try to enter again in the future.

Aww, I hope the anxiety does not get too unbearable, and the benefits for you are amazing! (I have a weird plan about reviews, but I’ll need some interest if I’m to go anywhere with it!)

I love titles and the stories of how they come to be! Why did you choose the title you did for your book?

The first book is very much about Neoma’s struggle with societal expectations and her conviction that she’ll be forsaken by the Moon Mother. That coupled with the fact that the civilization is very space and Moon centric, Child of the Moon just felt right. Because of that, I’ve planned for each of the titles in the series to be Child of the [THING] and they will correspond to some sort of Deity theme. Each one will have a story from the Book of Moon, the holy text of Manena, which also corresponds to that theme. In Child of the Moon it’s the story of Manen and how She created everything. And then each book will have a character say something along the line of, “I/He/She/They am/is/are a child of [THING]” because I love when the title of the book is incorporated into the story. Embarrassingly enough, I seem to have deleted “Neoma, you’re a child of the Moon” from this first book. Oops. I’ll have to slip that back in at some point and hope no one notices.

Or have you just ensured that someone will notice? At least if you don’t slip it back in very soon?

Hmm there are several scenes I really like, because either they’re full of angst, or I feel like I really nailed down the anxiety of the moment, or what have you. I think one of my favorites though, is the scene where Neoma fights in The Ring for the first time. She faces off against Luca. She knows she’s going to lose because swords are not her strong suit but she’s also apparently a big show off. She’s spent most of her life keeping her head down because she isn’t what society wants her to be but now she’s finally in her element and wants to shine as bright as she can. It was a lot of fun to choreograph too. Fight scenes are always great.

Sounds fun! I haven’t even read the preview, but I want Neoma to shine! To get to thrive in her element.

Same sort of thing as with the last question, except this time what about a quote?

I only have a couple steps left behind me. I jump, arching backward, narrowly missing Luca’s sword. With surprising grace, I land on the fence in a one hand stand, my sword still in my right hand. I grin at the surprised Brother before me and push off, launching myself back over Luca’s head, twisting in the air so that when I land, I’m still facing him.

What would you like to share? Take this in any direction you consider to be related to your book and your writing.

I started writing this story in high school and wow has everything about it changed. It’s actually changed so much that I want to write a completely different story/world from the base of the original. Well, I mostly just want to use the opening scene, which I didn’t keep for Child of the Moon. The original idea is so silly and bad. There was a race of magical beings that lived on the moon and they came down to earth and procreated with humans for a generation or two and then went back home. That’s why only some people had purple eyes and magic. I did so much world building and reworld building for this story to get it right. I stylized each country/culture after one of the Deities and that includes everything from language (though I stay away from conlangs because actual language is not my forte) to how they look, to their magic, to their government, to their religions. There’s a lot of love and thought put into all of it that I think people can see when they read it. Hopefully.

Oh yeah, our stories can change so much! 😀 And it does not take a conlang to have linquistic elements and influences!

Audrey is definitely, totally, 100% an earth human. Do not listen to the rumors that say otherwise. When not trying to convince people she’s definitely a human bean, she sits huddled under a thousand blankets in the basement while hissing at the sun like any normal person. She’s an artist, animator, game designer, writer and above all she’s a storyteller. She lives in a cute little house with her fiancé and two cats that are both fairly certain are the rightful ruler of the housedom. Child of the Moon is Audrey’s first, and hopefully not last, book.

And you can get her book, Child of the Moon, here or check it out on Goodreads.