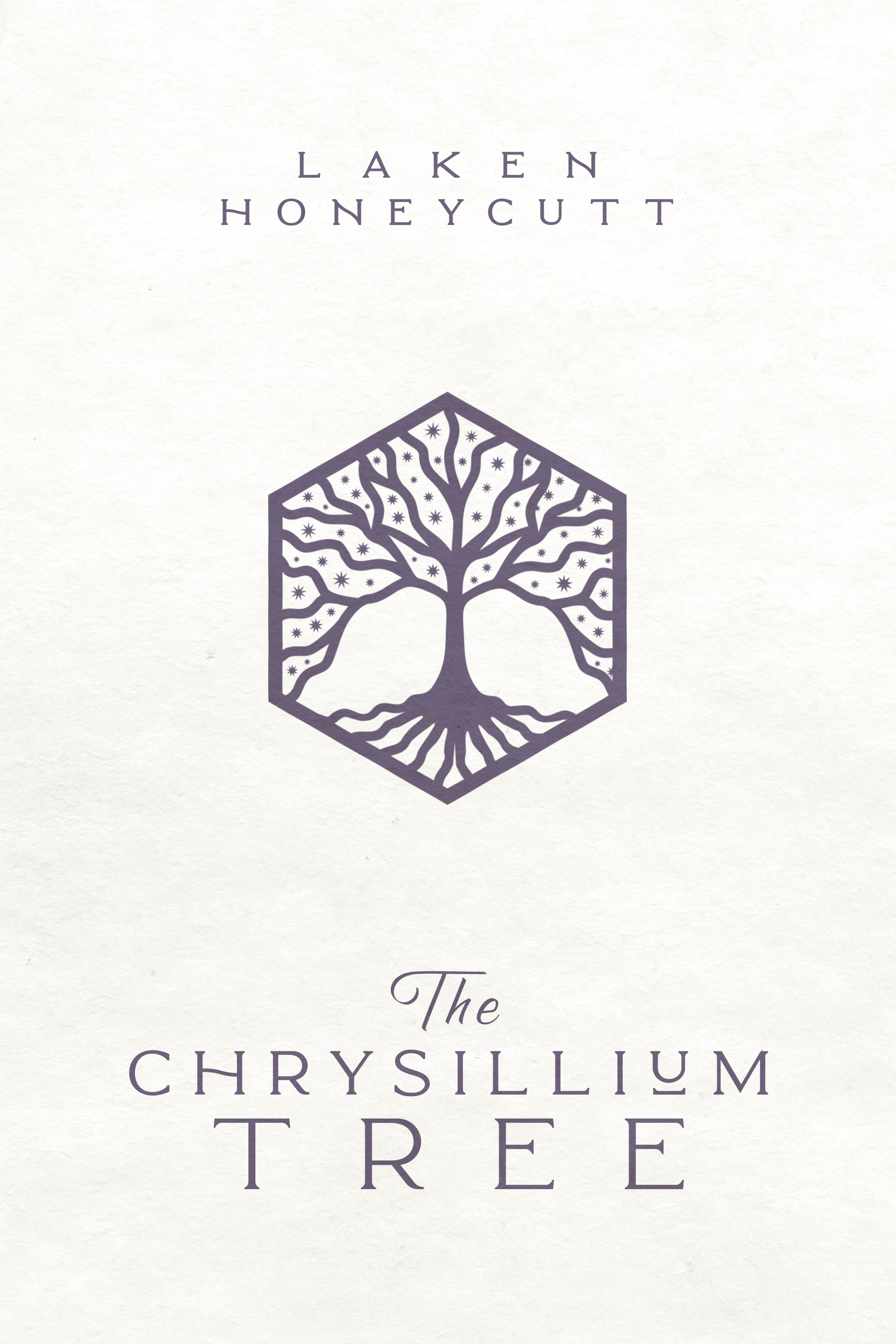 There is a language beyond words, in the forests and sacred places, if we can remember how to listen.

Separated from her family and her homeland, Maeve Faolai struggles to navigate her new life in the Palace of Light. With the cruelty of her abductors, and the lecherous advances of a Crown Prince lurking around every corner, she longs for freedom and to find her parents.

But once Maeve learns the vile truth involving the Azantium exploitation of the Lumani’s sacred chrysillium trees, she shares these secrets with a Lumani man in the woods. When things take an unexpected turn, Maeve finds herself caught between a forbidden love and a burgeoning rebellion as she awakens a part of herself long forgotten.

An enchanting blend of adventure and lore, sacred trees and found family, The Chrysillium Tree is an adult fantasy story about the struggle for freedom amidst tyranny and remembering forgotten magic.

Mæve has been newly-taken from her lands, separated from her parents, and enslaved in the vicious Palace of Light. She is an accomplished huntress for one her age, in addition to being one of the few capable of traveling the veils left to her people, as those born with magic are fewer in every generation, and her relationship with her family is tender and heart-warmingly loyal. We never get to see much of their family, but what we do see of them is beautiful.

Isaac is a merchant prince who rose from servitude to his present opulent station by serving the Azantiums and harvesting the beans from the chrysillium trees to be made into deadly toxins, abusing the trees that unite heaven and earth. Forced to overproduce and made into a monoculture, the surrounding forest cut down, the chrysillium trees are now dying. Now, Isaac is trying to undo his wrongs by helping slaves, oftentimes Lumani ones, to escape.

Armaiti is a Lumani prince Mæve meets one night when she takes Trathòna, a horse who won’t let anyone else touch her but likes Mæve, out into the woods for a short escape from slavery. She ends up promising Armaiti to spy for him on what the Azantiums are doing with the chrysillium trees, and he starts to fall in love with her. The Lumani want Armaiti, who is chief of the Water Clan, to marry Iraji who is from the Air Clan, but Iraji is also in love with another man.

Isaac and Mæve eventually become fast friends and very good for each other, after some understandable suspicion and difficulty, but there are occasionally misunderstandings on someone’s side – are they just friends? Was there – ever – any romantic interest? Armaiti’s and Mæve’s love for each other, and Iraji and Ariol’s love for each other, and the way they have to work through that with the elders opposed was touching. Mæve’s friendship and concern for Trathòna was pleasant to see. I enjoyed seeing them together and when the horse is assigned to be killed since she can’t be sold (apparently not even auctioned) and is dangerous to anyone who tries to touch or work with her, Mæve’s concern is touching. I liked seeing that!

However, I found the development lacking. There were times when the straightforward simplicity of the writing fit the scene and mood perfectly, describing things as observed by the characters, but there were other times when it felt as it had been “trimmed,” “manicured” almost – like trees or bushes cut into identical boxes. It felt like in an effort to make it as “simple” as possible, the mood and depth possible had been destroyed. (At the same time, as simple and direct as the prose was, it manages in battle scenes to be precise in a way that comes short of being very disturbing and almost gory, in my opinion – and I have an odd experience of such things – only by being so manicured.)

I felt as if this “trimming” extended to the development of the characters as well. It feels like there’s always a “point” to the scene, to the interaction, and I never got to see the characters just behaving like themselves, with no concern for where it was taking the plot or whether it was showing “relevant development” of the characters. I should say it feels extended to the characters and the plot together. It felt ‘tropey’ if you know what I mean: and not that it was because it had tropes that I’ve had too much of (I hadn’t). It felt like instead of being genuine, complex persons, the characters were combinations of roles or personality types; not so much one dimensional as they could be complicated, with many-faceted personalities, and not falling into any stereotypes (sometimes, it felt like they almost blatantly avoided stereotypes, at least the ones I’m familiar with). It was more like they didn’t have that undefineable quality of something that can be at once simplicity or complexity that makes a living person. Maybe more like a cartoon than like a portrait (which isn’t bad, just not my thing)?

The plot didn’t feel like it had life in it either, but of course it would not to me without characters I could really relate to. And I wanted to: a lot of the things in this book are things I would like to relate to. Friends. A forbidden love. Forgotten magic and the restoration of lost magic. But I just couldn’t make the connection, not with characters that did not make me feel. However, I think the same thing that made the characters hard for me to feel is something people who like books that don’t get “bogged down” or distracted by too many threads, too much introspection or “naval-gazing,” or extraneous details might really appreciate.

And I liked the world-building: the Chrysillium Trees are beautiful, and the ideas of everything being connected was beautiful, too. And the notion that magic is dying and the world is starting to die, unless the old gods can be freed and the magic can flow properly again, instead of being like a stagnant pond. I really like and care about trees, and I noticed nice touches like the way the Chrysillium Trees relay on the whole forest.

I should mention something else: there’s some torture in the book, and what stood out to me about it is that I feel like a lot of books make it out as if anyone can be broken/tortured into betrayal. There’s no hint of that attitude here, and I really liked that. Our character decides (quite successfully, it is implied) to keep his secrets, his trust, no matter what, and to force that down, there’s no melodrama about the decision. It isn’t even written as if it were a big deal. It just is that way. He makes his choice. I can’t tell, because of the sparse style most of the book is written in, whether this is just an artifact of the author’s style, or whether it is deliberate, but either way, I liked it well enough. (By the way, the torture is mostly implied; introduced by a scene that cuts before the torture begins; and then there’s some aftermath scenes and descriptions. And while the scene is just as sparse as any part of the book, the torturer is cruel and psychopathic, and makes one’s skin crawl.)