Hello! Today, we have Anna Tan with us. She grew up in Malaysia, the country that is not Singapore, and she writes fantastical stories and fairy tales, and has short stories included in various anthologies.

Anna is going to talk to us about what the genre of Noblebright means to her, and how that has expressed itself in her writing.

I think the core of ‘Noblebright’ for me is the idea of hope and redemption – that no matter how dark and difficult things get, there’s always something (or sometimes someone) worth fighting for. It doesn’t mean that everything will work out and everyone gets what they want. The world is more often bittersweet than happy, so even if there is chaos and devastation, I’ll settle with good triumphing over evil and a way to rebuild or a future to look forward to.

Tell us something about your stories that shows us a glimpse of how you express that in your books.

In Amok, Mikal really hits rock bottom. He’s a captive in an enemy country, his father has just been blinded, his mad escape plan has failed – and now his best friend Yosua might also be killed because of him. Still, despite the promises, despite the prophecies, Mikal still hasn’t received the Amok Strength from Kudus (the god of his world). Yet in his darkest moment, he finds a reason to hope again – and also a renewed faith that maybe, just maybe, the fulfilment of the prophecy doesn’t actually rely on what he does or tries to do, but is something that Kudus is going to make happen and all he has to do is stand firm.

In The Tale of the Hostage Prince, Yosua has a hard decision to make – does he want to continue fighting for the country that has just exiled him? Or should he just give up and go live his life somewhere else?

A decision that could go either way (without diverging from the genre), I’m thinking.

Now that you’ve given us that lovely bit, could you be so kind as to share a snippet from one of your books that feels ‘bright’ to you.

Here’s a snippet from the Tale of the Hostage Prince – It’s Yosua’s turning point and also where the title comes from! Exiled from Bayangan, Yosua has just received news from his kingdom – and it’s not good. He runs to hide, falling into rehearsing dance forms to calm himself, when the messenger (Suraya) confronts him:

I close my eyes and reach for Maha. That doesn’t feel right. I reach for Bayangan instead, but that doesn’t fill me either. I drop my hands. “I don’t have a homeland.”

“If you want to dance, you need to believe what you’re saying, Raja Yosua. You need to know in your heart and hold in your core who you are and what you’re searching for.”

“Stop trying to manipulate me.”

She lays a hand on my shoulder. “I’m not. I’m telling you what my teachers taught me.”

“None of mine told me that.”

“They didn’t need to at the time. Why tell you something you already felt in your very bones?”

“What do you know? You weren’t there!” I pull myself back together. “I’m sorry, that was rude. But you don’t know me. You don’t get to tell me anything about myself.”

“I do know you, Yosua ayell Garett. I may not have known you while you were growing up, but I have spent months learning about you, listening to what people say about you.”

“And you think that’s enough?”

She sits cross-legged on the floor, back straight, hands on her thighs. “Why don’t you tell me?”

I mirror her pose. “There is nothing to tell.”

“Really? Have you not heard of Hikayat Putera Tawanan?”

The tale of the hostage prince? “What?”

“They whisper of a pure-hearted prince brought up in the courts of his enemy. No matter what the enemy did to sway him, to lure his allegiances away, his heart stayed true. Even when the enemy prince sought to influence him using love, friendship, and family, the hostage prince resisted. He knew that his country would always be his first love, even if he had never set foot in it, even if he never would.

“Luck finally looked his way, and the hostage prince escaped from the enemy’s grasp. He returned to the country of his ancestors, falling to his knees and weeping at the state that he found it in. Immediately, he set about rebuilding his kingdom. But some people grew bitter with his rule. The changes he sought to bring about were too many and too quick; he sought to better all his people, but to help the poor, he had to take from the rich.

“So whilst the poor loved him, the rich schemed against the pure-hearted prince. They blackened his name, saying that his heart had not been pure all along, that the enemy had corrupted him and was using him to bring ruin to them all. Yet the hostage prince stood firm in his beliefs.

Ridiculous. I scoff, yet there is something about it that calls to me.

I harden my heart. “I’ve never heard this tale before.”

“No one would dare perform this in the city. Would you perform it amongst the people whom it villainises? But it’s gaining popularity in the rural kampungs.”

“All stories are made up,” she challenges.

“So how do they tell the ending?”

Suraya smiles. “There is no ending yet. None of the troupes have found one. They’re still asking the people for their answer. How would you like to end it? Would you return to save them?”

“All stories are made up.” <smiles> I like that.

How did you come to write noblebright? What, in your opinion, does noblebright offer to the world?

I didn’t specifically set out to write noblebright, or at least I didn’t think of my stories that way when I first started writing them. They were mostly an exploration of faith and what it means to believe in something even (or especially) when it doesn’t seem to benefit you. So maybe it’s just a mindset that grew with the stories.

Some of this may be push back at recent fiction which, while not necessarily grimdark, seem to embrace a feeling of hopelessness about the world. A feeling that art needs to reflect this exact reality and this reality is bad, so all the characters are that way too.

While art shouldn’t shy away from the realities of this world, I think it can and should also show the possibilities of the world – and what can happen when people aspire towards good things. I think a lot of older fiction (or at least the kind I read) worked that way. They pointed out “this is what you should be aspiring to” or “this is what a good & noble person looks like” and they had characters who aspired, even if sometimes they failed.

And while the growth is in the trying, not in the results, in a world full of bad news, I think hopeful endings in fiction help you have hope for the present world.

Yes. I think that can definitely be!

What are a few books by other authors that really speak out to you? That show what the genre means to you or what aspects of it are nearest your heart? That you would recommend to readers wanting to explore the genre? Or who are already familiar with it and love it? (required)

Here are a few!

Hehe! 🙂 Our Discord seems to be mostly fantasy, and fantasy is my thing, for sure, but I think noblebright is something that should touch all genres so people who are into any genre can find it, too? So thanks for sharing a sci-fi recommendation with us, as well as some fantasy ones!

Anna Tan grew up in Malaysia, the country that is not Singapore. She writes fantastical stories and fairy tales, and has short stories included in various anthologies. She helps people publish books at Teaspoon Publishing, which includes yelling at HTML for epub reasons. She is also the editor of NutMag, an annual zine published for and by MYWriters Penang.

Anna has an MA in Creative Writing: The Novel under a Chevening scholarship and is the current President of the Malaysian Writers Society. She is interested in Malay/Nusantara and Chinese legends and folklore in exploring the intersection of language, culture, and faith. She can be found tweeting as @natzers and forgetting to update annatsp.com. 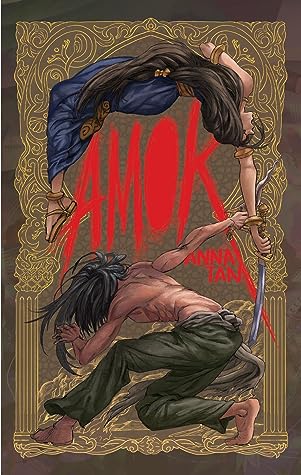 What is faith, except hope in desperation?

All Putera Mikal wants is to gain the Amok Strength, the supernatural power granted by Kudus to the Mahan royal family. No matter how religiously Mikal keeps his vows, Kudus still denies him the Strength—whilst his father, Sultan Simson, flaunts the Strength despite his blatant defiance of the Temple and the priests’ visions of coming doom.

Then the prophecies come true.

Taken captive, Mikal must find a way to liberate his people and restore his throne in Maha—and the key to this is the Amok Strength. But what does it take to gain Kudus’ favour?

You can check out Amok on Goodreads or get it from most retailers here!

The Tale of the Hostage Prince (Absolution #1.5) 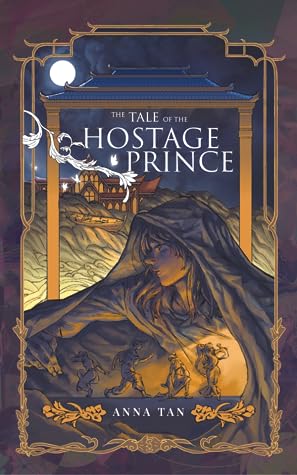 Yosua wears an uneasy crown. Although he is now Raja of Bayangan, he still longs for the land of his birth where everything was much simpler…and less deadly.

But peace doesn’t come easily, not for a twenty-year-old servant playacting at being king.

With his parents brutally murdered and his uncle bent on revenge, Yosua must decide where his loyalties truly lie. With his only remaining relative and the kingdom he has claimed? Or with his best friend Mikal and the sultanate that raised him as a hostage?

You can also find The Tale of the Hostage Prince on Goodreads or get it from most retailers here!

If this intrigues you and you’re a reader, author, or otherwise interested in noblebright, I am extending an invite to our Noblebright Alliance Discord!