This is the first day of the New Year, not that I care much about things like that, but I thought it would be a good time to show you my favourite fantasy book covers of the last year, even though I don’t buy books based off their covers! Well, these are m five favourite covers of the books I’ve read, and you should see reviews for all of them coming up on Paths of Fantasy this coming year, though it might take a couple months to get to every one. 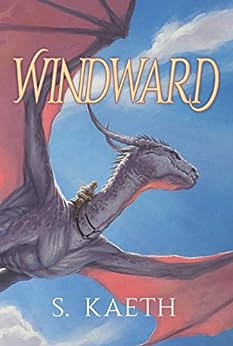 I loved this cover! Just look at the dragon! The fire in his throat, the colors of his wings and body! The sky, blue with those drifts of cloud, is really beautiful, too! 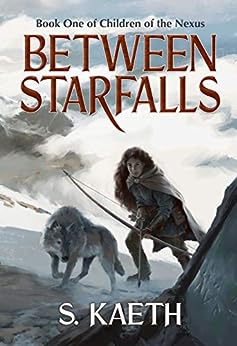 This is another awesome one! I really like this style! The way Kaemada and her wolf are drawn is really great, and the colors match well. Oh, and I forgot to mention, I like the fonts used for the title and the author’s name.

The colors on this one are so beautiful and evocative of night. I really like them. The style is also neat. And the font for the series title is just so awesome! All in all, a very well-done cover. 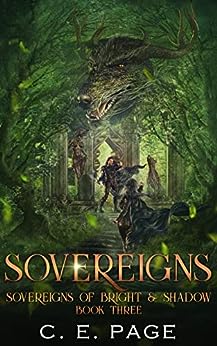 This is a really beautiful cover! I like the greenery around the edges. It has a really fresh, forested feel to it. Also look at the antlered wolf! His tail at the bottom is a cool touch. 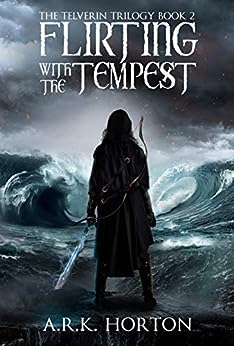 Flirting with the Tempest

This is another good one! I don’t mind seeing the character (Eya) from her back at all! The bow and the lightning zinging along her blade is cool, and I especially like the water and the waters! The font also matches the style of the picture.

What do you think? Which of these covers do you like best? (Feel free to pick more than one, or even all five.) What’s a book’s cover that you really liked this last year? And have you read any of these? (Though Dust of a Moth’s Wing was an ARC read I’ll be reviewing shortly, so you probably haven’t gotten to read that one yet.)