I was just reading an interpretation, which I can’t let go, of that part in Acts where the believers are praying for Peter and then can’t believe his release in a Bible Study guide a friend received. The interpretation, which I have seen in more places than I can count, was that that the believers didn’t really expect God to answer their prayers; they’d seen James killed and they were desperately praying for Peter’s release but they didn’t really believe that God could or would answer their prayers.

I’m going to be honest. I can’t stand that interpretation. That’s why I’m writing this article right now. I don’t think the believers were praying for Peter’s release at all. They’d seen God deliver Peter from prison before; there had been the time the angel released Peter and John and told them to go and speak to the people in the temple courts and they had ended being flogged and rejoicing that they were counted worthy to suffer shame for the sake of the Name. Earlier, when the Apostles were first threatened, they had gathered together and prayed something like this: “Why do the nations rage in vain? Kings of the earth and princes gather together; they take counsel against the Lord and against His anointed One. They say, let us cast off Their bonds and break Their fetters. O Lord, this was fulfilled when both the Jews and Pontius Pilate took counsel together and crucified Your Messiah, whom You raised from the dead. Now, Lord, take note of their threatenings against Your people and stretch out Your hand to do signs, wonders, and healings, and to make us bold to continue proclaiming Your word.” Upon praying this, the place where they were gathered was shaken and they were all filled with the Holy Spirit and with great boldness. So, we can see that they prayed for signs to draw the people’s attention to their message and for boldness to proclaim it without fear. Later, we hear Paul asking people to pray for him like this, “Pray that I may not be at all ashamed but will be able to declare the word in all boldness,” or “Pray that I would be able to proclaim the word clearly as I ought,” and in Philippians he writes, “For I know that through your prayers and the help of the Spirit of God all this will turn out for my deliverance. I fully expect that I will in no way be ashamed but that now, as always, Christ will be glorified in my body, whether by life or by death. For to me, to live is Christ, to die gain. I do not know which I would choose; I am torn between the two. To depart and be with Christ is very much better, but it is better for your sakes that I remain.” Of course, this is Paul, but it gives one an impression of what the mindset of the believers of that day was. We can see it, too, in the very word “martyr,” which is simply the Greek word “witness,” the very same when Peter says in his sermons, “Of this [that God raised Jesus from the dead] we are all witnesses,” or that Jesus uses when He says, “You shall be My witnesses, starting in Jerusalem, and in Samaria, and to the very ends of the earth.” These believers were on fire to witness to the truth of the Risen Lord, it was what their whole lives were about, and they saw dying for that truth as the very culmination or crown of their lives, as the ultimate “witness,” and that was what they all were – witnesses.

So, I am certain that these believers were praying for God to enable Peter to witness to the Resurrection in a way that would most glorify God and testify to Jesus. They may have been explicitly praying that God would strengthen Peter to boldly and clearly witness to the Resurrection in his trial the next day, with the expectation that the outcome would be death – witness. I’m pretty sure it didn’t even seriously occur to them to pray for his release from prison; the idea may not have entered their heads in even the cloudiest forms. (I’m not at all sure that it would have entered mine if I had been in their place – or Peter’s. I’ve grown really sick of how, when they hear that I am being a little harassed for telling people about Jesus – I will not use the word persecuted, being thoroughly sick of those who complain of being “persecuted” because someone laughs at them; I mean, even being thrown out of the market place is really not that big of a deal – people say they will pray that God prevents the harassment. Oh, to shreds with that idea! Pray that God would glorify His Son and bring people to Him and if He wants to use my death – or anyone else’s – so be it! I don’t know wherever some people got this strange idea that anything is preferable to dying a martyr. Of course, martyrdom should never be sought, but why are we always trying to prolong our lives as absolutely long as possible, mourning it when some old person whose been kept alive by the medical profession for years dies, preferring absence from the Lord and, frankly, uncomfortable bodily life, to dying, if it so comes, at twenty-one, for Christ’s sake and going to be with Him? Didn’t Paul say we could prefer to be absent from the body and at home with the Lord? Were did we get this idea that persecution or martyrdom is some terrible cost? Haven’t we lost the old life already? Don’t we want it crucified, buried, dead, and not trying to climb out of the grave and smother us anymore? Don’t we live, or at least want to live, solely to testify to the Lord? Why then don’t we simply see persecution and martyrdom as “an opportunity for our testimony” and to be “blessed, and rejoice for great is [our] reward in heaven?” Yea, sure, it hurts. Don’t chase it! God knows what’s best, and if it’s best, then He will give it. If not, He won’t. Don’t question Him either way.)

Anyway, enough for my feelings about the state of mind in America. The believers in Acts had seen countless miracles. They believed that God had power and they believed that He did things. However, they weren’t hoping against hope for Peter’s release. They were praying for his witness. And, here, is where we see one of the amazing things about our God.

We can pray for whatever we wish and it shall be given us, and we need never fear that God will do less than His absolute best or be swerved from His sovereign purpose. God really answered these believer’s prayers to the fullest. He gave Peter an excellent opportunity for witness. What these believers had in mind was Peter’s bold and joyful witness in death the following day. What they were praying for was God’s glory, Peter’s well-being in Christ, and his witness. God gave that abundantly beyond all that they had asked or imagined. Peter got to live many more years to the glory of God to witness to the Resurrection to various people, among them Cornelius and his household, and God strengthened the Church and increased Peter’s own understanding of Himself and His plan. Eventually, Peter did die in witness to the Resurrection, many years later. Nonetheless, God here gives us a wonderful illustration of the truth that, whatever we ask in Jesus’ Name, it will be given us. God answers all true prayer, and He doesn’t say no. He always says yes to His children in the Spirit. Every promise He has ever made, He goes above and beyond. Don’t ever let anyone trick you into thinking that what God means by His promises is anything less than what He says, anything insubstantial or shallow, anything weak. God always means more than He promised and always answers His children infinitely above and beyond all they could ask or even imagine! 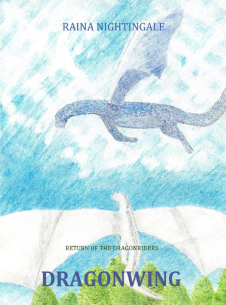